Reach the portal to take you to the next level in this challenging platformer game. Holding Shift/X will enable you to stick to and walk on metal, avoid obstacles and spikes and collect the optional banana in each level as a bonus objective.

Made for the Weekly Jam #134 in Unity

Art and Programming - Myself (Dreckly/CraigsArcade)

Apologies, Didn't have enough time for any decent animations.

Unzip and run Opposite Ends.exe

Lots of fun. The art, level design, sound effects and music were great. Major VVVVVV vibes! I even went back to get the "good ending." :)

There were a couple times where I hit a spike where it didn't quite look like the character model was going to be hit (i.e. on the leg by the flying spike, or barely hitting the corner). An idea to alleviate that might be making the hitboxes a bit more forgiving on the corners and such.

The "feel" of the controls could also be a bit tighter, if that makes sense. Sometimes I felt like I was a bit "floaty" for a platformer, but that's also a style choice and just my personal preference.

So glad you enjoyed it, and i hope you liked both the endings, they both took a lot of work considering they're both very simple, so i hope it was still fun.

As for the hitboxes, i will go back this weekend and improve some things, i also think it's worse on the web player for some reason, but ill get that improved.

And i also agree with the controls, a lot of it was a case of "I'll go back and improve that later" and it just go a bit too late and we wanted to get it out in the time limit.

I think you can improve the magnet mechanic, it feels a bit clunky at the moment. Other than that, great job!

Hey, thanks for the feedback.

Was under a bit of a time pressure towards the end, did plan on going back in and improving the magnet, its still a bit glitchy when moving around corners while magnetized too.

If i get some time this weekend ill go back in and fix up a lot of that, just had to crunch towards the end to get it finished for the jam.

Developer speedrun 02:26 all bananas, love to see if anyone can beat it! https://imgur.com/a/Bn66hGS

I positively drawn to this game. There are no negative things I can say about it :p 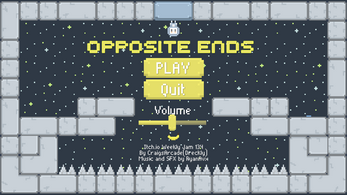 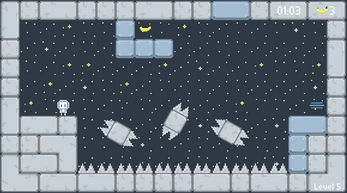 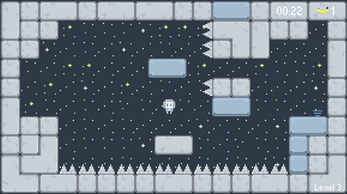 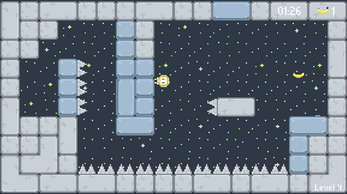 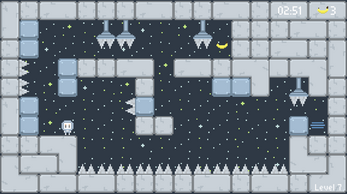 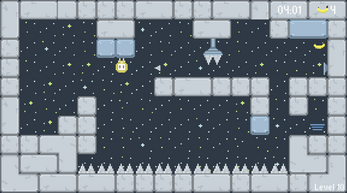